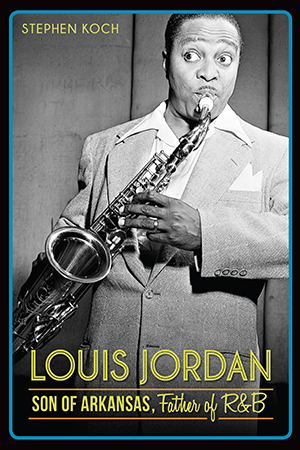 Though you may not know the man, you probably know his music. Arkansas-born Louis Jordan's songs like "Baby, It's Cold Outside," "Caldonia" and "Ain't Nobody Here But Us Chickens" can still be heard today, decades since Jordan ruled the charts. In his five-decade career, Jordan influenced American popular music, film and more and inspired the likes of James Brown, B.B. King, Chuck Berry and Ray Charles. Known as the "King of the Jukeboxes," he and his combo played a hybrid of jazz, swing, blues and comedy music during the big band era that became the start of R&B. In a stunning narrative portrait of Louis Jordan, author Stephen Koch contextualizes the great, forgotten musician among his musical peers, those he influenced and the musical present.