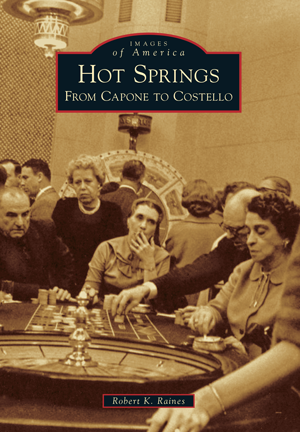 Hot Springs: From Capone to Costello

In the late 1800s, Hot Springs, Arkansas, was a small town with a big attraction: hot thermal water. The federal government took possession of the downtown-area springs, and bathhouse row was born, along with the first property that would be considered a national park. Following not too far behind were great entrepreneurs who brought in gambling and prostitution to go with the area’s leading industry: moonshining. By the time the 20th century rolled in, Hot Springs was booming with tourists and became America’s first resort. In the early 1930s, former New York gangster Owen Madden took up residence in the spa city, and things became very organized. Gangland luminaries from Al Capone to Frank Costello made regular pilgrimages over the next few decades to what was referred to as “the loose buckle in the Bible Belt.”