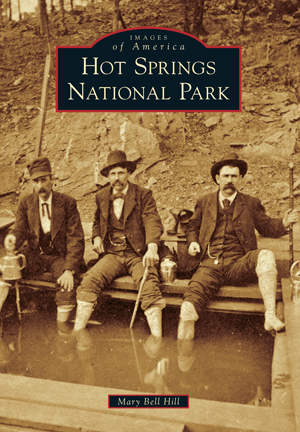 Hot Springs was one of the first areas set aside as a federal land reservation in 1832—predating the first national park at Yellowstone by 40 years. In 1921, it was officially designated a national park. Physically the smallest of the 59 US national parks today, Hot Springs measures just larger than 5,500 acres. Its 47 on-site springs produce more than 700,000 gallons of thermal water per day. From early natives who quarried novaculite found in the surrounding hills to famous politicians, performers, and athletes, people have been coming to these springs for thousands of years to partake in the supposed healing powers of the water. Pres. Franklin Roosevelt, boxer Jack Dempsey, and French opera diva Lily Pons are a few of the visitors who made the trek to the “Valley of the Vapors.” The history of Hot Springs National Park revolves around peoples’ interactions with its thermal water.