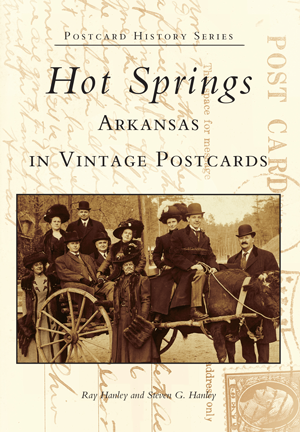 From the 1890s to the 1920s, the postcard was an extraordinarily popular means of communication, and many of the postcards produced during this “golden age” can today be considered works of art. Early in the century, Hot Springs was among the most noted resorts in the nation. Its Victorian wonders drew thousands of visitors to partake in the hot mineral waters that bubbled from the earth. In the words written on one card in 1910, “Many people of wealth are here from Chicago and New York. Uncle Billy went to the horse show ball at the Eastman Hotel with an ex-wife of a millionaire. Andrew Carnegie and young Jay Gould were at the ball.” Showcased in this fascinating collection are over two hundred postcards from 1900 to 1960. The images are accompanied by the actual penned messages of visitors and extensively researched historical facts.